She is Belle of ETF.com Awards

Women might not have broken the ultimate glass ceiling in American politics, but they took the top prizes at the ETF.com Awards.

Yes, it’s awards time again for the ETF industry and starting off the festivities was ETF.com, a Web site full of stories, tools and fund analysis.

The SPDR SSGA Gender Diversity Index ETF, with the ticker (SHE), swept the ceremony by walking away with four of the top awards, more than any other ETF has taken home in the history of this specific award ceremony. The fund won Best New ETF, Most Innovative New ETF, Best New U.S. Equity ETF and Thematic ETF of the Year. 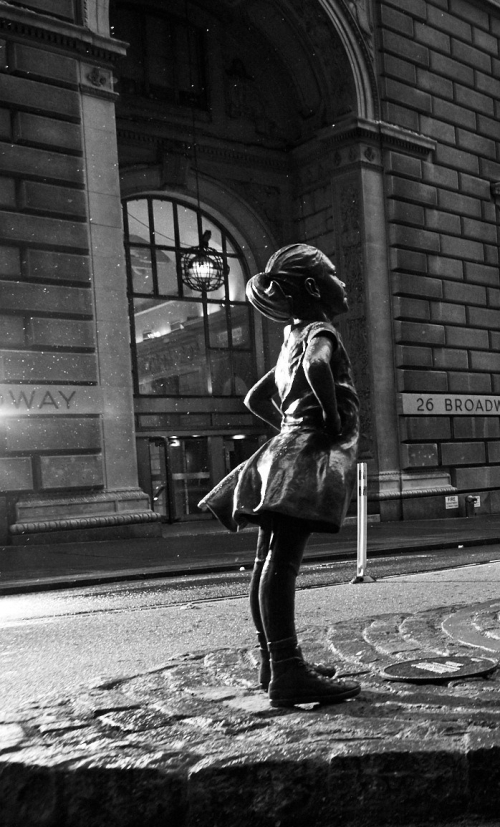 Were the judges trying to soften the blow women took on the political plane this year? Possibly. State Street Global Advisors, the sponsor of the fund, is responsible for installing the “Fearless Girl” statue near Wall Street on International Women’s Day last month. The statue represents the lack of gender diversity on Wall Street and the executive suites of U.S. corporations in general.

State Street said it created SHE, as the Gender Diversity Fund is affectionately known, to “invest in large-capitalization companies that rank among the highest in their sector in achieving gender diversity across senior leadership. SHE offers a means to invest in companies that have demonstrated greater gender diversity within their sector, providing investors with a tool to inspire change and make an impact.”

According to a 2015 paper from MSCI ESG Research, companies in the MSCI World Index with strong female leadership saw a return on equity of 10.1% per year compared with 7.4% for companies lacking suck leadership. We would be remiss if we failed to point out that on State Street’s board of directors only three of the 11 are women.

It appears the “Fearless Girl” is creating a lot of buzz too, as she stands facing the famous “Charging Bull” statue of Wall Street. The Bull’s creator thinks the girl statue violates his artistic rights and changes the meaning of his statue, which represents the strength of America and the market.

The Best ETF of 2016 was actually the VanEck Vectors Fallen Angel High Yield Bond ETF (ANGL). This award is given to a fund that did its job particularly well in a particular year. In 2016, this fund surged 25%, at least 10 percentage points more than its main competitors in a year when high-yield bonds were posting great returns.

I’ll just let ETF.com explain how the fund works: “Typically, investors hold bonds at different tranche levels, and as soon as a bond falls out of the investment-grade bucket, every insurance company must sell all of it, pushing these bonds into oversold territory, the result is that these downgraded bonds tend to outperform almost immediately after being downgraded – the very juice ANGL is extracting. What’s more these newly downgraded bonds don’t carry that much more default risk.”